It's finally here. The 2nd book in the ongoing story of Jacqueline Talbot, "Wolves at the Door," is now available across most platforms. Here's a little about the book: 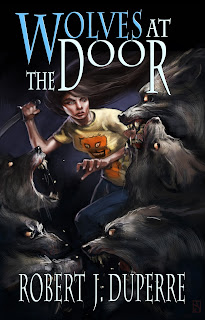 Sometimes, a girl just wants to be a girl...

Purchase now at the following outlets: