In 2011, I was feeling in a rut. I had a book to write, and the idea was solid in my head, but for whatever reason, my inspiration failed me. In order to remedy the situation, I called a good friend of mine and challenged her to a writing competition. The details of the challenge aren't necessarily important; what is important is the fact that simply being engaged in a challenge that I could actually lose spurred me onward. I put my head down and worked, and in forty-eight days later, I put the finishing touches on a little book called Silas.

So here we are, almost five years later, and I find myself in the same position. I've been putting off writing the third book in the Covenant series, and it's time for me to find a way to kick myself in the ass. That means I had to get back in contact with my old friend and together cobble together another challenge that will help put our production into overdrive.

So hey, Mercedes Yardley...I CHALLENGE YOU! 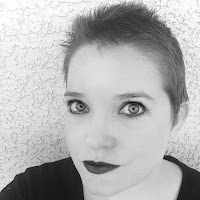 Yup, that's her. And okay, she was the one who actually put forth the challenge to me when I complained about not feeling motivated, but hey, let's not split hairs, okay?

So this is the way this challenge will work: Once the starting gun sounds tomorrow morning, the first writer to reach 90,000 words combined in their various projects wins. It's simple, right? That's the beauty of it. And you know what else is beautiful? The fact that winning pretty much means you're the awesomest awesomesause in awesomeland.

But for the loser...ah, the loser. Here's the catch. Public embarrassment is always a great motivator, right? Of course it is. Which is why Mercedes proposed that the loser has to dress themselves up in a glitter beard, take a picture, and use that as their public profile picture for a whole month. A WHOLE DAMN MONTH! And in case you don't know what such a thing as a glitter beard might look like, well... 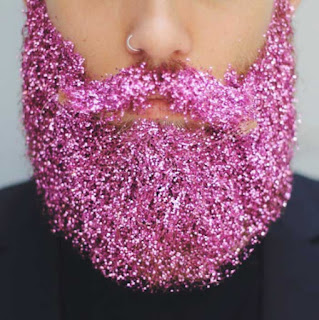 As you can plainly see, this is not a challenge either of is will be keen on losing. Oh the humanity! And to keep myself honest, I'll be sure to post regular word-count updates. When? Not entirely sure. It's a work in progress, I say with a shrug.

So there you have it. Once again, the gauntlet has been thrown, Mrs. Yardley.

Let the best alien being win!

(And I'll likely be greeting everyone glittered up in a few months. Dammit.)

Check out Mercedes' blog, A Broken Laptop, or visit her Amazon Author Page. Trust me, it's worth it.
Posted by RJ Duperre at 8:28 PM 3 comments: