Taking a break from writing today to tell everyone that until Sunday, April 12th, the first Covenant book, The Mirror of Souls, is on sale across all venues. Mostly it's listed at 99¢, though there might be a slightly higher price on Google Play. Below is the list of venues. Just click on the name to obtain your copy:

Also, I'd be remiss if I didn't mention that the 2nd book in the series, The Chalice of Sorrows, is currently available for pre-order on Amazon, with a firm release date of June 20th. Here's the cover: 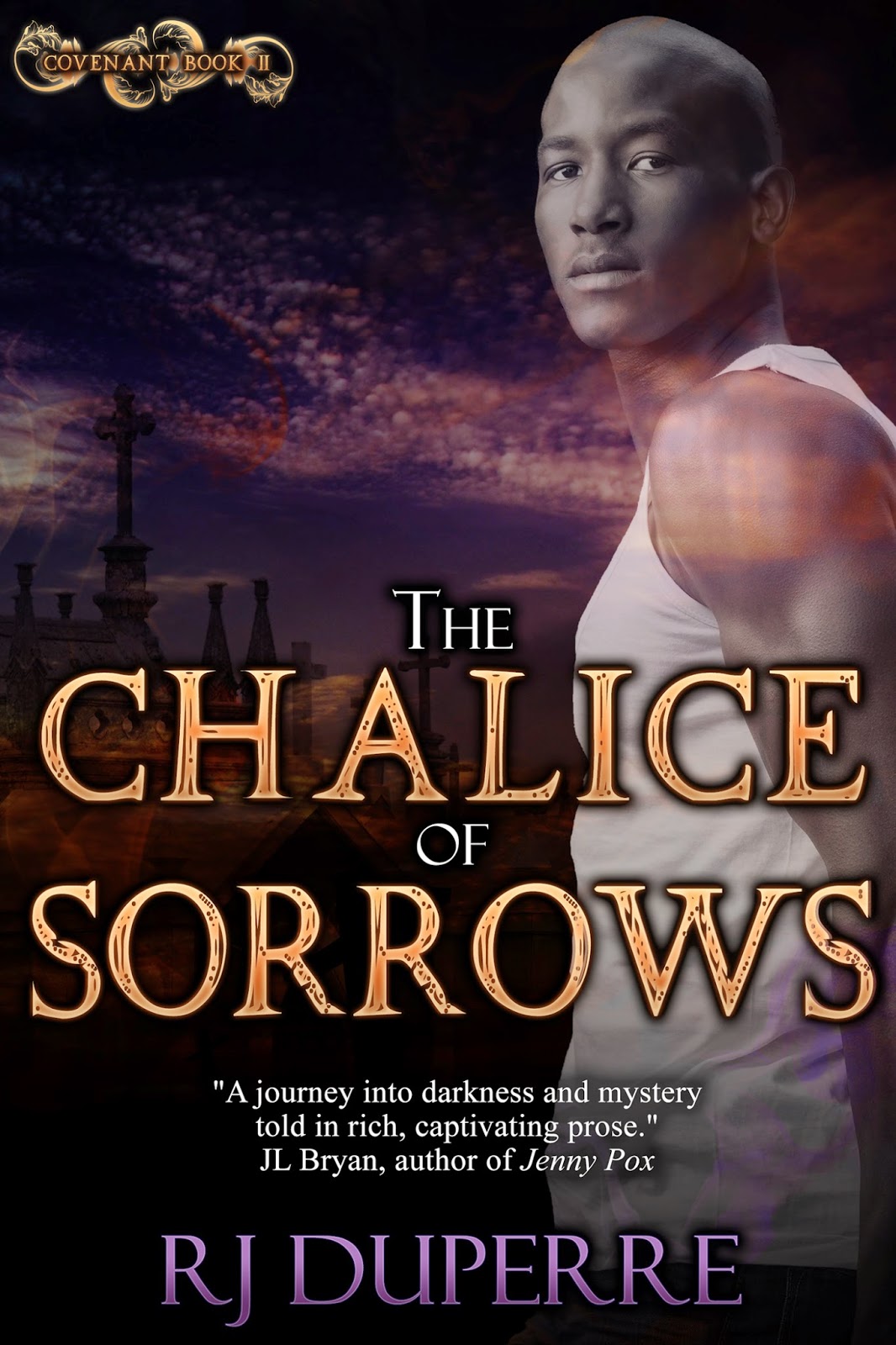 For those who're curious...yes, that's Jordan!

Unfortunately, gaining readership for this series has proven a bit difficult. With this in mind, I'm offering up this second book for the same 99¢ that the first book is on sale for. The only difference being, this book will be 99¢ UNTIL THE DATE OF PUBLICATION!  After that, however, it will be raised to the standard price of $3.99.

Here's the link to the pre-order: THE CHALICE OF SORROWS

So peace, everyone, and happy reading!